This case study is about a leading construction company that was just after launching their new, 30-ton, articulated dump truck. The destination of this monstrous machine was to work on building roads and in quarries. Our mission was to test and optimize the way they can handle the most challenging surfaces. How did it go? Let’s find out. 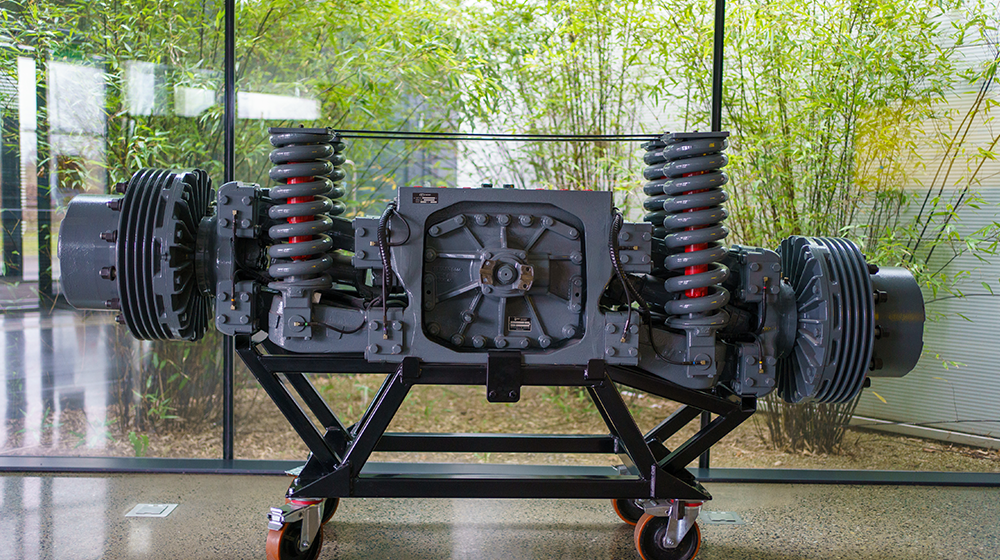 How productive will the machine will be? How is it going to cope with carrying tons of material in the hard off-road reality? Ride and handling performance played a key role here.

In what way did the vehicle configuration impact the ride and handling performance of the machine?

Our role was to figure that out and reduce the whole-body vibration exposure. Here’s what we came up with.

First of all, we needed to work with the baseline machine. To discover its productivity levels and whole-body vibration, we conducted extensive testing and modelling activities with LMS Virtual lab Motion.

But that was the theoretical part. From a lab reality, we needed to take it to the field. The most reasonable way to prove our modelling phase was to test it (both laden and unladen) in real-life conditions – in a quarry.

It turned out, that the lab modelling wasn’t wrong – testing it in real-life scenarios proved the theory.

Once we knew that, we had to enter the next phase – finding a way to refine the machine’s ride and handling and overall productivity.

Next, we entered the development phase and needed to compare the original version against the new one. So, we had two dump trucks – one with the solid axle, and ours with the independent suspension.

We instrumented each one with accelerometers on the operator’s seat and tested how they both perform on a quarry surface typical for operating conditions for this class of machine.

So, we reached a moment of truth – we’ve driven the machines over typical construction and quarry surfaces. The road conditions were the same for both, so was the speed.

In the end, we applied the ISO standards to the test results. Finally, we were able to stack up the two against each other and draw business-driven conclusions.

It’s worth highlighting that an efficient and fair comparison was possible thanks to testing the machines at constant speed levels and both laden and unladen conditions.

After analysing the results, we found that the machine with independent suspensions performed consistently better than the ADT with the solid axle.

Let the numbers do the talking.

On a quarry loop section of the terrain, the independent suspension performed with a 51% better ride index when laden and a 47% improvement when unladen.

On the other hand, across the quarry floor section of the terrain, the independent suspension proved a 28% better performance when laden and 19% improvement when unladen.